In this article, I’m going to show you a hockey workout that will help you:

How can we accomplish all of that?

Leg workouts are something you NEED to utilize year-round if you want to reach your potential in this sport, here’s how to get it done!

For example, in the A-series you would perform 5 reps of trap bar deadlifts and then do not rest at all before performing 5 vertical jumps.

Once you have completed your jump, you would rest for two minutes and repeat for 4 total rounds.

Why Are These Exercises In The Leg Workout?

Vertical force production has been demonstrated to be incredibly active during bouts of sprinting.

The Journal of Strength and Conditioning Research did an excellent compilation of the data on force productions during the sprint.

And this is important to care about because sprinting speed is one of the best correlations on the planet for predicting skating speed.

You may be scratching your head and wondering how vertical force production can play such a significant role in a sport that looks so horizontal.

Biomechanically, this is because of gravity.

As your foot lands during a stride, braking forces push back against you, which is then offset by your forward momentum, which then propels you forward horizontally.

But, the only way to continue driving this motion is to drive up vertically to overcome gravity.

This is why you see things in the research such as Peter Weyland’s work in 2000 when he found that faster runners created 1.26 times as much force vertically at top speeds.

These are two crucial elements if you want to have that “first step quickness” to be ahead of your opponents on the ice.

This is precisely why I have included the superset of trap bar deadlifts and vertical jumps in this hockey leg workout.

Trap bar deadlifts work on the strength aspect of your hockey speed development due to the high loads required, whereas the vertical jumps work on the explosiveness aspect.

The combination of these two creates a “contrast effect” where you activate the nervous system to a higher degree by doing your trap bar deadlifts first.

Doing this makes your body think that it’s going to be subjected to heavy loads in a vertical pattern again.

This allows you to recruit for muscle fibers during your vertical jumps than you otherwise would have — allowing for a higher jump (and therefore creating a greater hockey training stimulus).

Put simply, think about the trap bar deadlifts as the “horsepower” behind your speed, and the vertical jumps as your gas pedal.

For those interested in the science, I talk about contrast training for hockey players in depth here.

Biomechanically, skating is very much a lateral movement.

Your foot pushes down, backward, and laterally to create a skating stride.

From a speed program design perspective, that means incorporating lateral strength (horsepower) and lateral power (gas pedal) work within a hockey leg workout is vital if you’re going to be calling any of your training “hockey-specific”

More to the point, you can think about these types of movements to have a more specific impact on your stride length and stride frequency out on the ice.

This is why we have incorporated the lateral step-ups (horsepower) and lateral hurdle hops (gas pedal) within this program design.

Covering both the vertical and lateral aspects of hockey-specific lower body development thus far in the workout we have already accomplished more explosiveness, better first-step quickness, improved acceleration, and a great stride length and stride frequency.

But we aren’t done yet.

The final tri-set to finish this workout off begins with a barbell Romanian deadlift.

This provides us our horizontal training stimulus (as we have already covered the vertical and lateral aspects).

It’s easy to try and write off horizontal forces after reading the above data on how much more of a role vertical power plays in sprint performance.

But this would be a misrepresentation of movement mechanics.

When you are in a starting position, your body is running at a 45-degree angle, so naturally, you are utilizing more vertical force production to fight gravity.

In fact, horizontal force production is at its highest during both top speed and deceleration.

Meaning, not only can horizontal force production improve your top speed, but it is also going to have a significant impact on your agility (deceleration is literally 50% of the equation towards optimizing agility).

So, if you want to make it easy on yourself to understand, just remember:

Additionally, within this tri-set, we attack the core with hanging leg raises and planks.

Core training is crucial to ensure your body is functioning as a complete chain.

Power is generated from the lower body, but, transferred through the core.

If your core is not strong enough to deal with the forces that your lower body is capable of emitting than you:

– are going to have “energy leaks” that sacrifice performance.

-will be at a much greater risk of injury (picture shooting a cannon out of a canoe — if the foundation isn’t stable enough to handle the force production, it will break).

We “round out” the workout with some core movements to ensure that not only are you building this newfound ability from the lower body training, but, your core is allowing you to use it to its maximum potential.

At the end of the day, it’s not enough to just “go hit legs” with your friends.

What you do in the gym must relate back to you becoming a more functional athlete out on the ice.

And if you’re interested in not just a single workout, but a complete hockey training program design, make sure you check out the Hockey Skills Accelerator for all of your hockey performance needs.

What Are The Best Leg Exercises For Hockey Players?

How Often Should Hockey Players Be Doing Leg Workouts?

In the off-season, we recommend up to 6 training sessions per week, with a majority of those including some leg training (but not necessarily full leg workouts). During the season we are training 2-4 times per week, reducing intensity as we get closer to games. 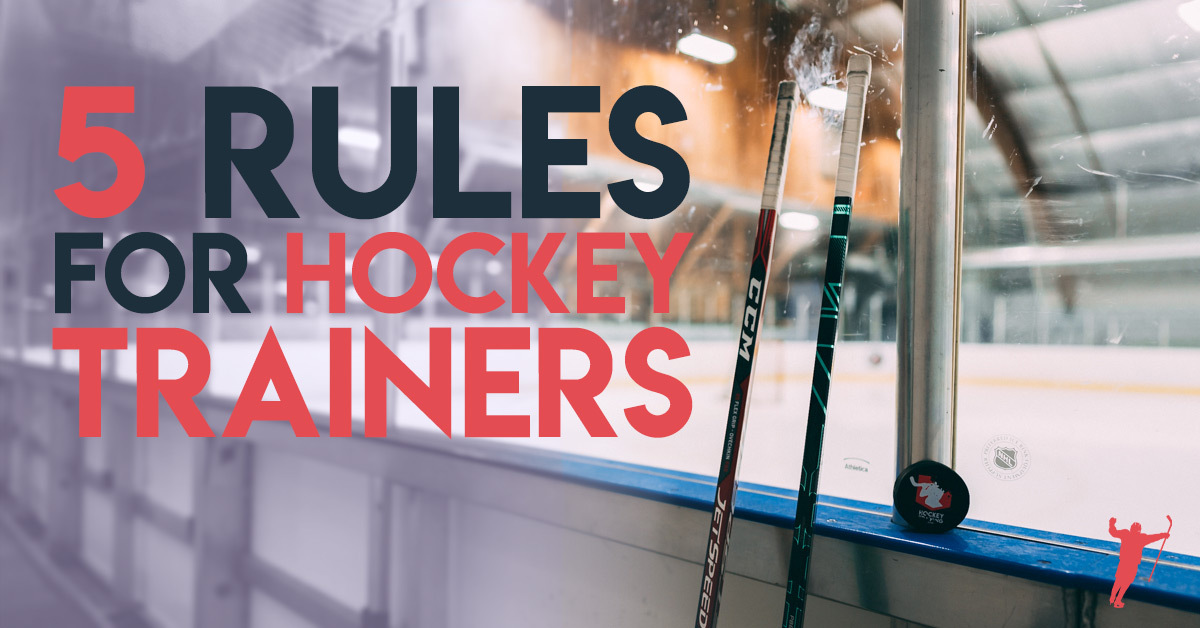 In this article, I will provide you with the top five tips that you need to know to… 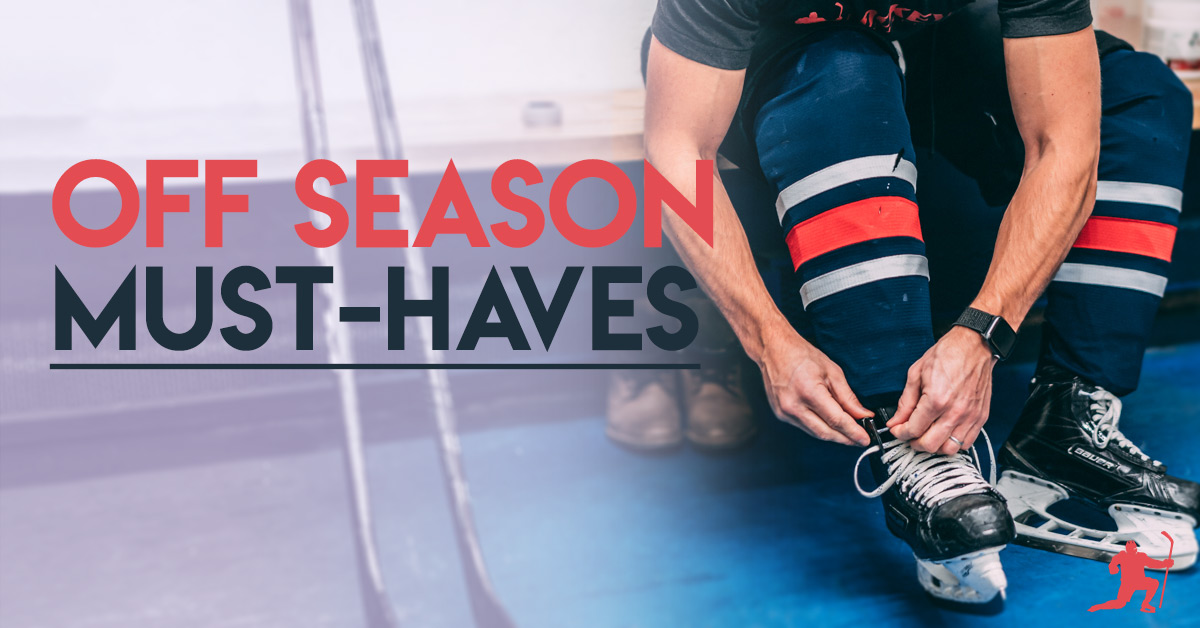 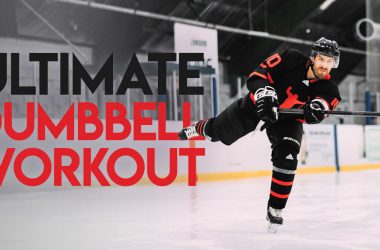 The Ultimate One Dumbbell Hockey Workout