In this article, I will break down the primary differences between off-season and in-season training and why it’s important to have a specific training approach for both.

Managing a hockey player’s training program design takes a lot of effort and attention to detail: players are constantly subject to an ever-changing schedule of practices, games, workouts, camps, tryouts, tournaments, and playoffs. Plus, they need to preserve their ability to perform their absolute best every time they step out on the ice.

This requires careful management of their training volume, intensity, and frequency. Respecting the training principles and effectively adapting them to the context of their current schedule in a way that still generates continuous progress is what separates the average hockey player from the ones who truly reach their potential in this sport.

If you don’t separate your programming into highly specific in-season and off-season approaches, then the realities of your limitations will hit you much sooner than you planned. However, an intelligent approach will allow you to continuously get better, year after year, and ensure you become the elite player you have always wanted to be.

To do this, you need to know the ins and outs of what makes off-season programming different than in-season programming. Let’s break it down so you can go back to doing what you do best: dominating out on the ice.

It’s important for parents, coaches, and hockey players to understand that although you may be excited about your dryland training approach, you can’t let it get in the way of your actual hockey performance.

I know that may seem obvious on the surface, but I’ve had to teach many hockey players how to get out of their own way because they want to spend every hour of the day doing some form of hockey training.

Although I love the motivation I see in these young athletes, doing too much is just as bad as doing too little. You have to let your body recover—because if you don’t, your hockey performance will never improve.

Hockey players do dryland training to improve performance, not interfere with it.

Adult recreational league players or hockey players who classify themselves as the “weekend warrior” type don’t have to worry about the fine details as much, because both their on-ice and off-ice activity frequency is quite low and therefore more easily managed.

Serious hockey players need to respect the biggest hockey performance booster of them all: recovery.

The biggest reason for this is the aggression behind the chase for progression.

The goal of off-season training is to train with a high-volume approach to gain functional strength, power, structural balance, speed, agility, and conditioning. Furthermore, you can (and should) aggressively introduce either a caloric deficit or caloric surplus to support your body composition needs.

Since you’re not doing any on-ice work, this is when you should push your body beyond your limits. Your workouts can be longer (60–90 minutes), your overall volume of sets and reps can be higher, and you can perform extreme intensity techniques such as eccentric training and isometric holds.

On the other hand, when it comes to the in-season, you want to think about structural maintenance and/or slow and controlled progression. During in-season training, you need to focus on staying healthy and feeling great every time you step on the ice.

If you are experiencing difficulty recovering from your workouts, it is probably because you’re chasing progress too aggressively (whether nutritionally or within your training structure).

There’s a time for that, but we keep it in the off-season and far away from the in-season.

During the in-season, training should be tapered off (though not eliminated) and include plenty of active recovery work so that you’re always becoming a better hockey player—but not at the expense of your recovery before practices and games.

We aggressively chase progress in both the in-season and the off-season, but the priorities between the two are dramatically different and need to be accounted for.

If your team’s schedule is built into the training program, the disruption to both the competitive performance and the training schedule itself can be planned so you effectively perform both at the same time with minimal interference.

For example, let’s have a look at this year’s in-season hockey training program schedule:

When you have a schedule like this, where your training follows the exact volumes and intensities necessary to support the specific demands of the in-season, you will astound parents and coaches with how much progress you made in such a short time frame.

Conversely, the Phase 5 schedule of this past year’s off-season program would absolutely crush you if you tried to perform it during the in-season:

They’re both world-class programs, but even a great program done at the wrong time will yield bad results.

Most hockey teams have one or two game days each week, followed by a somewhat predictable organization of practices between games. Planning training around this schedule is necessary to allow for progress and to minimize the interference of practice and performance on training and vice versa.

This is why I include manuals and videos within the in-season hockey training program’s member’s area to teach the players exactly how to use the program to ensure they are always at their best out on the ice.

Put simply, game day should be held sacred and be reserved only for the lightest of activities.

The goal of training is to improve performance, so it would not make sense to schedule heavy training immediately prior to game day. My athletes are not scheduled for any intense programming within two days of a game.

But, since their schedule is filled with so many effective active recovery techniques, I keep them active—without being overly active—so they get the best of both worlds.

Go hard in the off-season; stay smart in the in-season.

The above sample schedule raises the important issue of managing training stress.

The off-season is when you need to intentionally knock the body way out of homeostasis so it is forced to come back bigger and stronger—no matter how sore you get from the training session.

The in-season is more methodical; you only need to apply a certain amount of stress to stay fast and explosive all in-season long, and not at the expense of possibly having a bad game due to poor recovery.

As with any hockey player, the more complicated the schedule, the more carefully managed the training needs to be.

Sometimes the load will need to vary from workout to workout. Below are two sample workouts (one from the off-season and one from the in-season) that should give you an idea of both the theory and application behind off-season vs. in-season training.

A workout done at an incorrect time will create a poor outcome, no matter how well that workout was originally designed. This is why you need to consider the primary differences between off-season and in-season training.

The off-season is the best time to build functional muscle, aggressively chase body composition transformation goals, and acclimate your body and joints to absorbing and producing more force.

Since you don’t have to be overly concerned about soreness and on-ice performance in the off-season, you can push your body much harder. You have nothing else at stake, so work toward getting bigger and functionally better for the season to come.

It’s OK to workout longer (60–90 minutes) and with higher volumes (sets and reps). You can also incorporate slow negatives (eccentric training) and isometric holds, which are extreme strength builders but are too stressful to perform during the season.

Additionally, the off-season is when we want to avoid too much specialty training, such as instability or isolation work. These have their place, but they should make up only a small portion of your workouts (generally in the earlier phases).

You’ll already be challenging your body with increased volume and intensity, so you don’t need to go crazy varying your exercises and trying to be overly specific with your approach.

The in-season is where we use resistance training to supplement our hockey performance rather than dominate our entire approach.

The overall focus is to maximize recovery at all costs so you perform at 100% of your capability in both games and practices—but we still want to train often enough that we don’t lose any muscle, strength, speed, agility, or conditioning as the season goes on.

The quality of your joints and connective tissue will also degrade during the season. To prevent injury, perform mobility/yoga work and prehabilitation exercises regularly, and address the known weak links that hockey players consistently have. For example, a hockey player will want to strengthen their groin to prevent a muscle pull or injury out on the ice.

Always remember: the off-season is about physical development, whereas the in-season is about skill expression. These are two very different things and need to be treated as such.

Ready to Dominate This Season?

Do you want to become a better hockey player this year and take your abilities to the next level? Starting today, you can be one step closer to making your hockey dream a reality with our new 2020 In-Season Training System that features the all-new OPT6 Peak Performance System™.

The OPT6 Peak Performance System is backed by the latest knowledge in sports performance and provides you with the necessary amount of training stimulus needed to improve your strength and explosiveness without overtaxing the nervous system during the hockey season.

You don’t have to be a “natural talent” to level up your game and have the best season of your life this year—because you can get instant access to the exact on-ice and off-ice training you need to be doing this year during the in-season so you can train just like your favorite NHL player.

Sure, you could go through all the research studies I have read and slowly piece everything together and you’d probably do just fine. But if you want to take all of the guesswork out of it and get access to a completely “done for you” high-level program to get the best possible results, then head over to our In-Season Training System page and let’s get started today.

Lean on my experience of working with thousands of hockey players (including NHL players) and discover what you need to do in order to be your absolute best on the ice.

Unstoppable speed, edge work, conditioning, and agility are all a reality for you this year; join the team here and let’s crush this thing.

If you want to reach your potential in this sport, then dryland training is non-negotiable during both the in-season and the off-season.

My intention with today’s article was to point out the biggest differences between the in-season and the off-season so you can train correctly and reap the rewards of the hard work you put in year after year.

And if you’re serious about becoming a better hockey player, jump on the proprietary OPT6 Peak Performance System™ by joining the team here today.

5 Movements for a Stronger Backhand 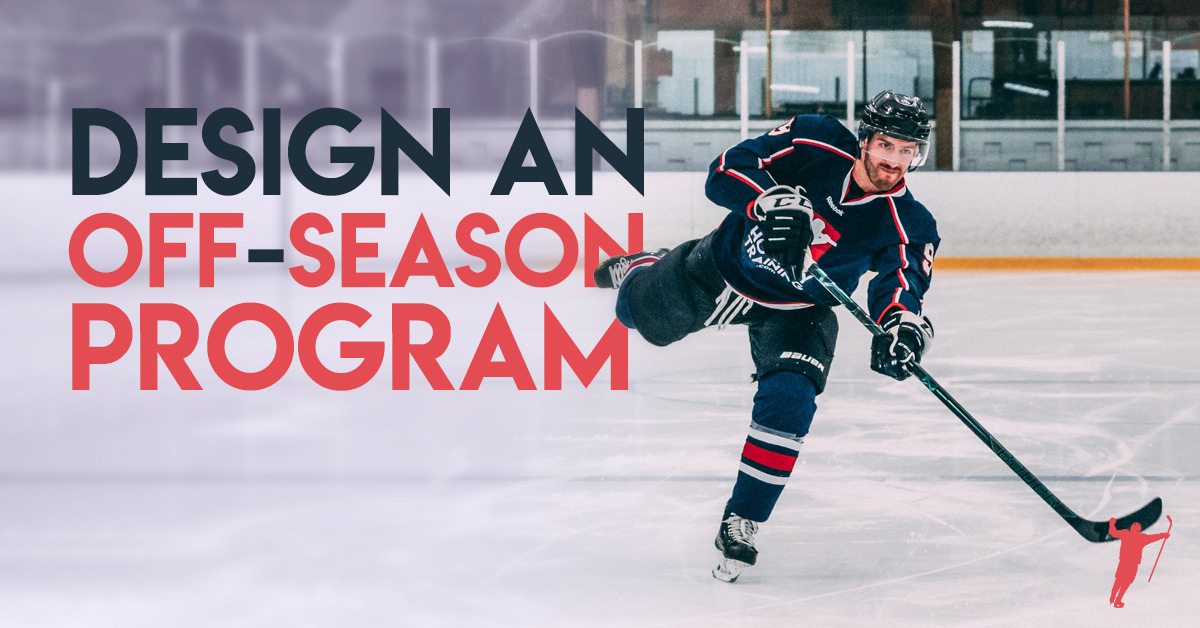 How To Design an Elite Off-Season Hockey Training Program

In this article, I will show you the most cutting-edge ways to design an off-season hockey training program.… 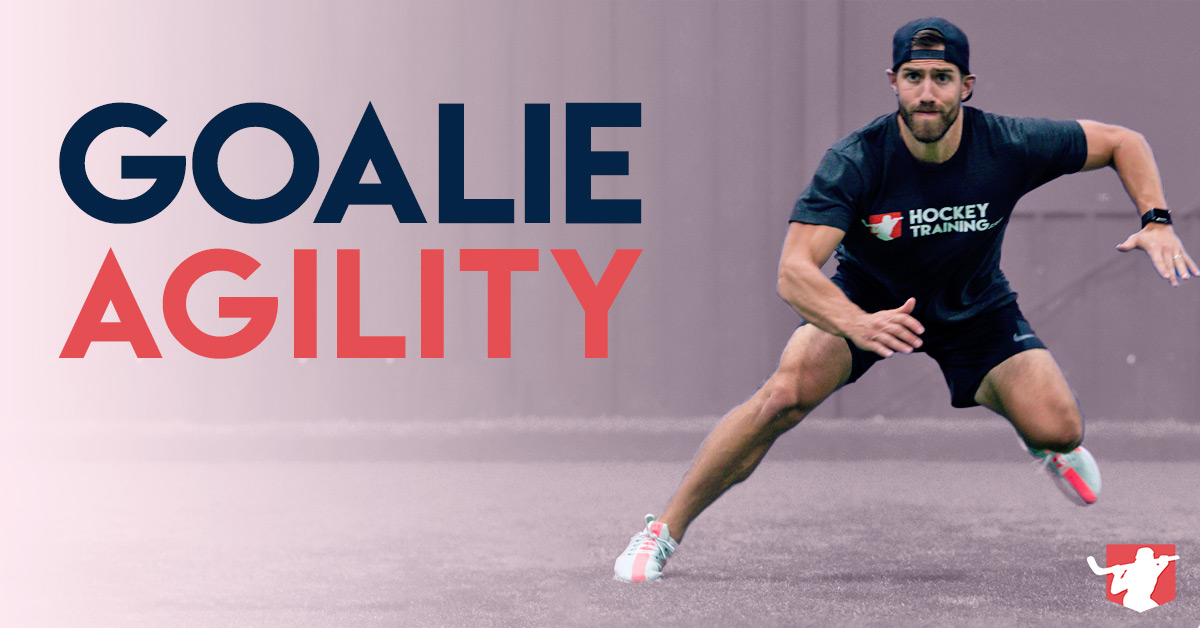 In this article, I’m going to show you the exercises you need to be doing so you can… 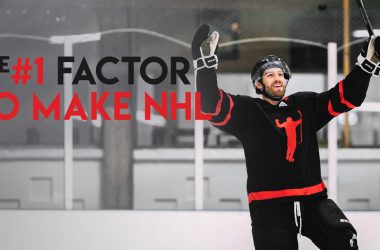 Today I’ve got a fun and interesting hockey story for you. It’s the kind of story you hear…