In today’s article, I want to teach you how you can fast-track your “winding down” process after hockey games so that it doesn’t disrupt your sleep length or your sleep quality.

To set the stage, I will not be providing you cool-down methods because I discussed those extensively here.

Instead, this article will be centered around helping those who have late ice-time and find it difficult to fall asleep afterward.

Why We Need To Wind Down

You have to understand that our bodies undergo a wide series of internal changes in order to support the demands of a hockey game.

First, due to your activity level, your heart rate and breathing rate will be extremely elevated in comparison to what it is during a rested state.

Second, you’re going to have a much higher rate of blood flow and blood content within the muscles that were worked.

Third, you’re going to have a high concentration of by-products associated with fatigue within your muscle cells such as lactate and H+.

Fourth, you’re going to still be psychologically aroused, which causes an array of neurotransmitter and hormonal shifts within your body.

Therefore, it is our job to build a bridge between this internal state and the state at which you should be in during a resting state. This is how we “wind down” so you can get better sleep.

The sooner we do this “wind down” process post-game, the sooner your body will be in a position where it can start focusing on recovery and calming down; and not on being physiologically/psychologically stressed.

To make things simple, let’s make it a three-step “wind down” process.

We start this process ASAP after our game because our bodies will take a while to calm down, even if we do all of the right things.

Time is a part of the equation here, so, understanding that we need to act quickly and get out of the mindset that we can wait until we get home.

There are three main things you should do while at the rink:

This makes static stretching a very bad thing before a game, but, very beneficial post-game. Essentially, you are improving your range of motion while simultaneously kickstarting the recovery and “calming down” process that should be occurring post-game.

Next, you’re going to need to perform some deep breathing. You’re already on the floor doing your static stretching routine so what I want you now to do is lie on your back and perform deep belly breaths for 1-2 minutes.

Inhale and exhale slowly, try your best to achieve completely full lungs/belly extension on the inhale and completely empty lungs/contracted belly on the exhale.

So, between your static stretching routine and deep breathing routine, you have already triggered two physiological buttons to tell the nervous system to calm down and that it’s okay now for the body to get out of being in a stressed state.

Lastly, I like to recommend hockey athletes who have very late ice times to experiment supplementing with the amino acid L-theanine.

L-theanine is a unique amino acid present almost exclusively in the tea plant (Camellia sinensis), and has been used safely in Japan for decades.

It’s one of the reasons non-caffeinated teas have an excellent calming effect in many people and why it’s such a popular post-dinner recommendation in restaurants.

L-theanine has demonstrated the potential to positively modify brain waves and key neurotransmitters involved in mood, focus, and memory.

Although when L-theanine is combined with caffeine it can improve cognitive performance, consumption of L-theanine by itself enhances brain alpha-wave activity, a major sign of relaxation, within 30-45 minutes of supplementation.

Since it takes a while to kick-in, I prefer my hockey athletes taking it at the rink right after their games. You can have this right with your post-game protein shake, and it won’t affect anything.

Following the above three steps, you will have significantly calmed down both the nervous system and the brain before you even left the rink.

This all by itself will likely do the trick. For those who want that extra optimization, continue on to the next step.

While you’re in the car, use the time you have available to you to listen to calming music.

The very act of listening to calming music will allow you to get into a positive stress-free mind state.

A quiet drive home can likely lead to you reminiscing about something negative that happened that day, or perhaps something you should have done on the ice that was a mistake or even cause you to focus more on the stress of driving itself.

You can avoid all of this by putting on your own calming music, I recommend creating your own playlist here and not relying on the radio.

I take the radio out of the equation because let’s face it, the radio sucks.

I also take the silence out of the equation, because it’s not a guaranteed positive switch.

This leaves me to instruct you to bring your iPod (or whatever) and leave it in your car, and play your music on the way home to melt away the stress and really “cement in” a calmed state of physiology.

In other client scenarios, I used a similar strategy but actually had the athlete listen to stand-up comedy routines.

The act of smiling and laughing creates incredible cascades of chemicals in the body which totally oppose the stress hormones that keep us awake at night and create the negative impacts of a chronically elevated sympathetic nervous system.

So, if you’re not a music kind of person or if you’re looking to switch things up once in a while, comedy does a phenomenal job of turning your entire mood around and allow you to deflect any negativity or stress away from your life.

By the time you get home after performing all of the above, you’re going to be in a stress-free and calm state both in mind and body.

If you want to finish this routine off with a grand slam approach to the perfect night’s sleep, now is where you would listen to a 5-10 minute guided meditation.

If you have never given guided meditation a try, it’s definitely worth it. I never used meditation in my life because my mind would always wander and the whole process kind of just annoyed me (which ended up having the complete opposite intended effect).

Once I started doing guided meditations regularly it was a completely different experience.

I find it really works for me and my athletes and I know it will work for you as well, if you give it an honest chance.

There are plenty of free apps that have these available for you and you can also YouTube plenty of these as well.

Look for guided meditations for sleep/calming down, you will find a million of them.

Do this the moment you step in the door and that will be the last nail in the coffin that puts you to sleep no matter how intense your hockey game was.

Sleep is one of the most critical aspects of hockey performance, so if we have late night ice time we have to get creative to find ways in which we can get the best of both worlds.

Still go to hockey at night, but also get great sleep when we get home.

The above three-step protocol is a battle-proven system my athletes have used many times over with success.

Give it a shot and let me know how it goes.

If you liked this article and you want to start becoming an all-around better hockey player, don’t forget to download our free goal scoring package and check out the hockey skills accelerator program – they will take your game to an entirely new level. 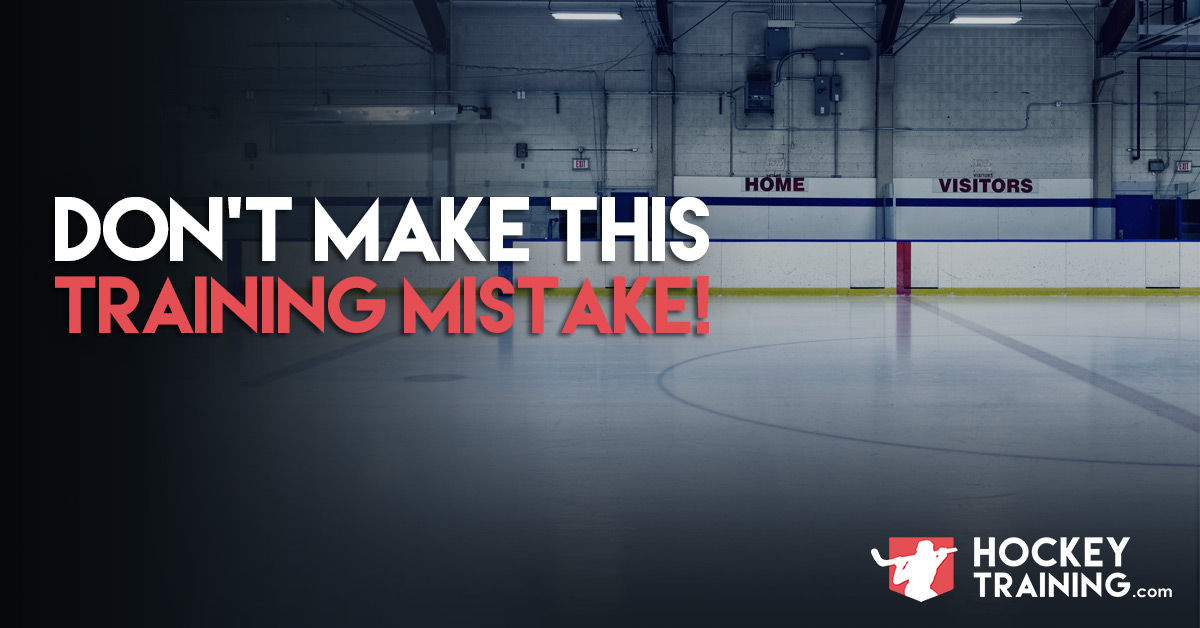 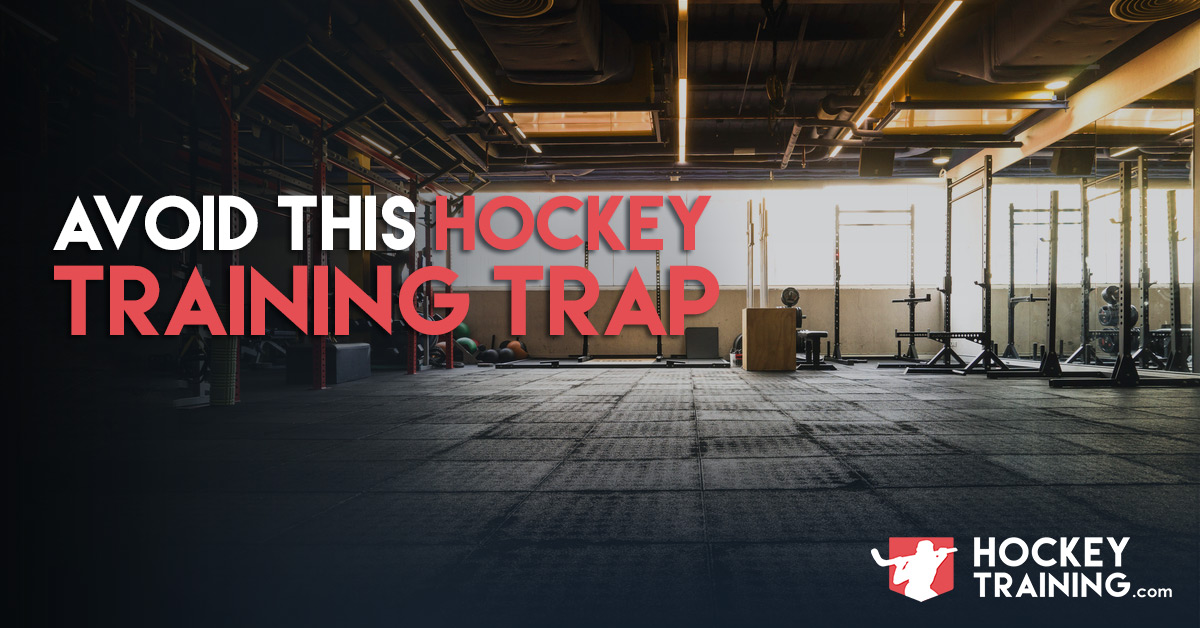 As Hockey Training continues to grow its reach in the strength and conditioning world, I find myself often…