If you want to achieve your hockey dreams and live up to your true potential on the ice you need to make sure you aren’t making common mistakes that hold hockey players back.

In today’s article, I’m going to cover 3 devastating mistakes that I see a lot of hockey players make both on the ice and with their training.

These are mistakes that can make the difference between making a team or getting cut, or between being a star player on your team or a player who doesn’t make much of a difference on the ice.

I was guilty of all 3 of these mistakes when I was a kid, and I know they held me back from playing at a high-level (and maybe even playing pro hockey).

Focusing On Only Your Strengths

When you do something that you aren’t great at it doesn’t feel good.

Bringing the context away from the rink, It’s why some students hate math, while others don’t mind doing it.

If you aren’t good at it, it’s not going to be enjoyable for you.

If you fan on almost every slap shot you try to take, it’s going to be discouraging and you probably won’t enjoy taking slap shots.

Or if you can’t perform edge work drills on one foot you will probably try and avoid doing drills on that side.

It’s a natural reaction in the body to do things that make us feel good, which is why hockey players are drawn to practicing whatever they are best at.

If you’ve got an awesome wrist shot but can’t take a good backhand shot for the life of you, you are probably going to be ripping wrist shots all practice and avoiding backhands naturally.

If you are only practicing what you are best at you won’t get better at what you struggle with.

The same applies to the gym or field with your hockey training.

Take me for an example…

I am a pretty explosive sprinter and jumper when doing my hockey speed training.

And I can tell that, if I let myself, I will naturally sway towards doing more explosive speed work than conditioning work — even though it’s my conditioning that I struggle a little bit with and what needs more of my attention.

It’s just natural to lean towards something that makes you feel better. Unfortunately, those aren’t what will make the biggest impact for you on the ice.

If you have a player with a Speed rating of 96 and an Endurance rating of 70, which one do you think will make the bigger difference improving?

Of course, it’s going to be the conditioning or endurance which has a lot more room for improvement.

But the better bang for your buck to improve in games is going to be working on your passing.

Next time you’re on the ice or in the gym I want you to consciously think about what you need to do to become a better hockey player and put more focus into your weaknesses rather than your strengths — it’s going to pay off for you.

Not Addressing The Underlying Problem

This a tricky one because sometimes it’s just that the hockey player or hockey parent doesn’t actually know what the underlying problem is.

And a lot of the times you will need outside eyes (maybe a coach, scout, or performance coach) to point it out to you.

What do I mean by not addressing the underlying problem?

Well, something we talked about recently with the launch of our new Edge Work Enhancer System was the underlying problem of not having good edge work…

You can work on skating all day and pay hundreds of dollars for power skating lessons each year, but if you don’t have the ankle stability, mobility and balance needed for elite edge work you will never be able to get there.

You’re trying to solve a skating problem with more skating lessons, but the underlying problem is actually your ankles aren’t built up properly.

Or maybe it’s your shot power that you’re trying to work on, so you’ve been ripping 300 shots a day in your driveway and have spent hundreds of dollars testing out the best sticks on the market.

But the real underlying problem for you not having great shot power is that your core stability and power and grip strength aren’t at a level that will allow you to improve your shot any further.

If you have a problem in your game and you can’t seem to fix it no matter how hard you work on it, there is usually an underlying problem that you can’t see.

When I was younger I remember around the high school hockey age I started to struggle with conditioning levels.

I was playing other sports, staying active, doing conditioning and cardio training, and on the ice multiple times per week.

I couldn’t figure out what the problem was.

Well, looking back at it now, I’m fairly positive the underlying problem was that my nutrition and sleep were like a typical high school kid and not optimal for hockey performance.

Think about what you struggle with the most on the ice. Explosive speed, agility, shot power, reaction time, etc?

“Moving The Needle” is changing something enough to make a difference.

We all only have 24 hours in our days, and a lot of us are tied up with things like school, work, family, sleep and hockey for a good number of those hours.

When we do have free time to focus on improving as a hockey player we need to make sure that we are doing things that move the needle.

I’m hardly ever against any type of hockey training in moderation, but unfortunately, I see a lot of hockey players spending too much time in areas that aren’t making a big difference on the ice.

A big one I see a lot with the younger kids is a ton of stickhandling and shooting work standing still, with little focus elsewhere.

I’m a huge fan of at-home stickhandling and shooting work (which is why we released the Hockey Skills Training Pro system in the summer), but, like with everything, there is a point of diminishing returns from this type of training.

The first focus we always want with kids is to make sure they are having fun, so keep that in mind with this example.

But if your 12-year-old expressed that he/she wanted to become a better hockey player and wanted to do some training to get better, many parents (without knowing better) might just buy them some pucks and a net to shoot at and do some stickhandling work.

Again, I’m all for at-home skill work. But after about 20-30 minutes of the skill work, it will get to a point where more shooting or stickhandling isn’t going to move the needle.

What will move the needle with hockey performance in a kid is things like playing other sports, doing some bodyweight kid-friendly hockey-specific training, or just running around and playing at the park with friends.

Playing soccer or doing gymnastics a few times a week will do wonders for your kid’s skating, compared to what them being able to stickhandle in one spot really fast will do in a game situation.

We need to be mindful of where our time is being spent.

As a teenager, I was playing in an era of hockey when things were pretty rough and you had to play tough – especially in junior hockey…

And as a result, I know I spent too much time worrying about getting big and strong which didn’t move the needle in my hockey performance in junior hockey as much as working on my speed and conditioning would have.

Is there anything you’re working on or spending time on right now that doesn’t seem to be moving the needle for you much? Maybe it’s time to re-evaluate and work on another area of your game.

Your Next Step To Ensure Hockey Success

I’ve talked about this before plenty of times, but my biggest regret in hockey is not focusing on hockey-specific training earlier in my life.

If you are a hockey player (or parent of a player) who is serious about becoming a better player so you can achieve your hockey goals and dreams I highly recommend you join our Hockey Skills Accelerator Program.

We will work with you 1-on-1 in our Private Group to ensure you are doing everything properly both on and off the ice to develop into the hockey player that you were born to become.

Get signed up here and I will see you on the inside!

Why Your Ankles Are So Important For Your Edge Work 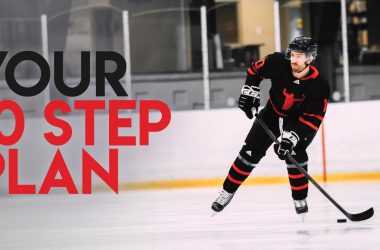 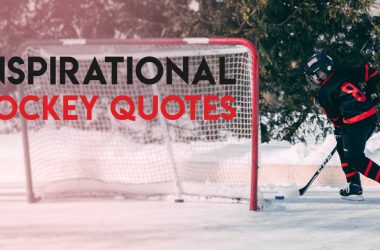 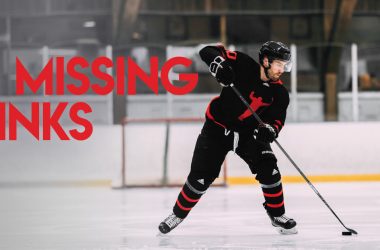